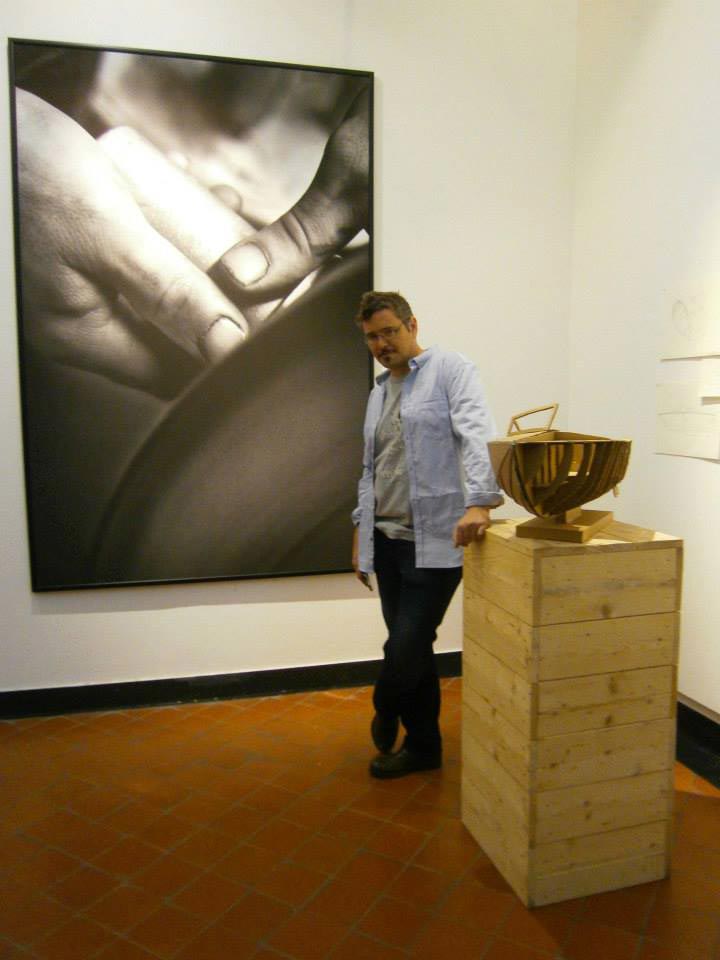 Gilmour was born in Stockport, near Manchester (UK), in 1973. He studied sculpture in England and now lives and works in Udine (Italy).

The artist is one of the most original and noted British sculptors of his generation. He creates lite-size artworks using recycled cardboard and glue; modelling and transforming this simple material and obtaining a remarkable expressive impact.

He is inspired by objects from our daily lives or from the past, objects which belong to our collective imagery, both public and private. He exhibited in 2001 in Bergamo, at the Museo Archeologico, and in Padua, at the Galleria Perugi, in 2005 his work was shown at the Fondazione Stelline in Milan and in 2006 he won the art prize Premio Cairo. ln 2009 he exhibited in New York, at the Museum of Arts and Design, and at Freight & Volume gallery, in Italy exhibited at the Galleria Comunale d’Arte Contemporanea in Monfalcone, and in 2010 at the Fondazione Bevilacqua La Masa in Venice. In 2011 he participated in numerous public events including the Museo Diocesano in Milan, Palazzo Bottini in Lucca during the jazz festival and Nuova creatività ltaliana, curated by Renato Barilli. Also in 2011 he held a solo show in Turin at the exhibiting space Ersel, Nothing is real, curated by Walter Guadagnini. In 2012 he exhibited in Pietrasanta, in the public exhibition Archeologia del futuro. Rexistenz, and a solo show with Marcorossi artecontemporanea. He won the art prize Premio Michetti in 2012. ln 2013 he held a solo show at Rossi Contemporary in Brussels in Belgium. He has participated in art fairs in Italy and around the world. His works are held in numerous public and private collections in Italy, Switzerland, Germany. England, Korea and the USA.