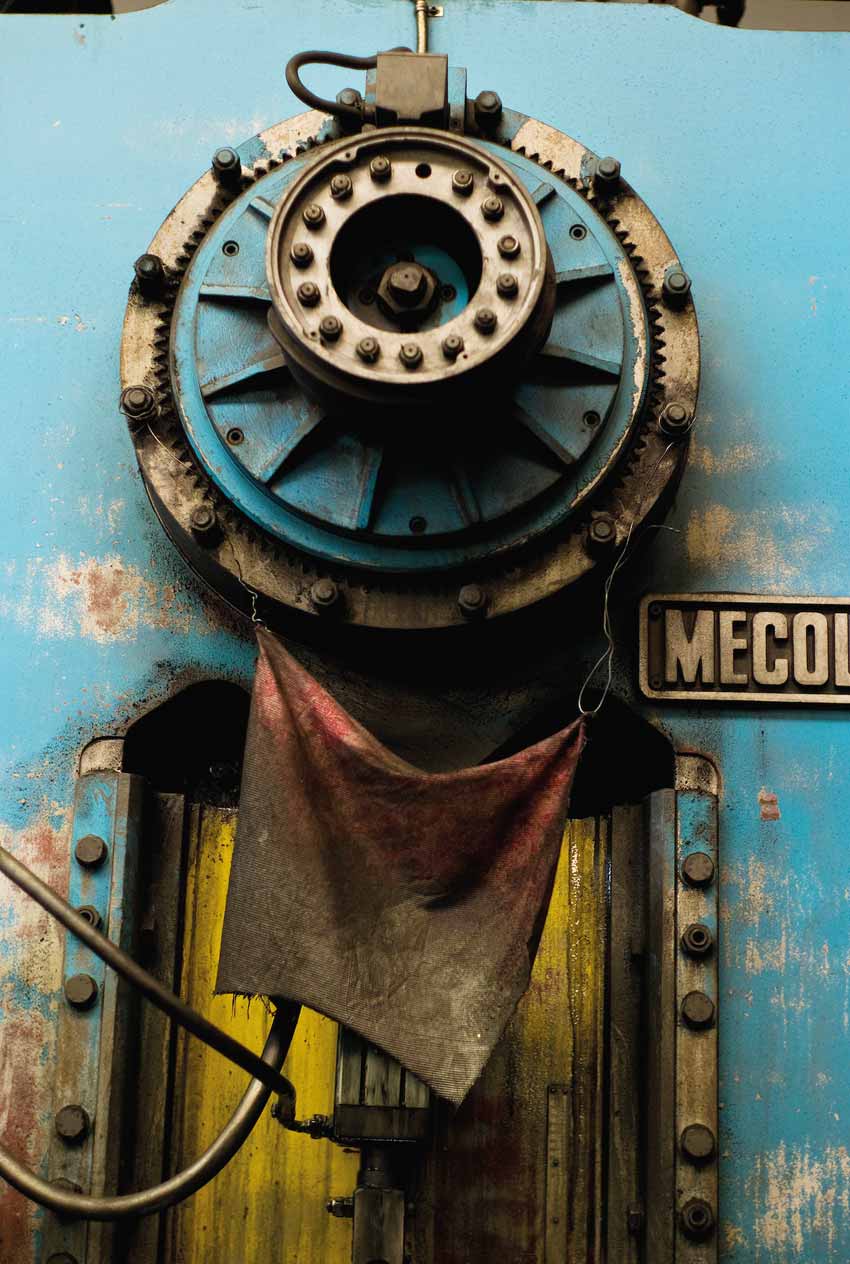 For the 40th anniversary of our firm we had decided to produce a new monograph, with an unusual approach, something different from the normal brochure.

So we had the idea of commissioning this esteemed American photographer, an artist whose eye was able to capture unexpected sides of an industrial output which is not always easily interpreted, creating images of great impact.

The result achieved brought with it the desire to further document the firm’s work, this time in a context other than utilitarian, not tied to market demands, but motivated by the desire of offering an artistic perspective on the everyday.

It was truly a private commission for private purposes, a practice heir of an age old tradition, perhaps not so common nowadays, but which still maintains the profound meanings which motivated it in the past.

This second commission, a reportage inside the foundries, shows the industrial process by which the raw materials are transformed into the final product. You can see the results at the Palazzo Ducale exhibition.

The object of this project was not simply self-celebratory, but it also aimed at uncovering a different perspective on our industrial work, through the outlook of an artistic sensibility which is able to perceive value and meaning where value and meaning are not necessarily obvious to the naked eye.

If the artist is someone who is gifted with vision, the ability of seeing in depth the essence of things, this is certainly testified by Jill Mathis’ images, which do not simply record  phases of the work, the products, the rhythms of a process which is often seen as alienating, mechanical, but manage to enhance its human, constructive, poetic aspect.

At the same time she raises to the level of art products which are little more than details, structural parts which are fundamental but usually concealed, unseen, unnoticeable.

An hidden world that the artist’s eye is able to capture in its beauty and relevance, making it visible and memorable. This project at the end has become a celebration, also thanks to the fact that we are here today: not so much of our firm in particular, but rather a celebration of the individual contribution of the workers and of work itself, and a celebration of the important synergy between two essential fields of human activity and experience, art and industry, which too often are kept separate.

This experience has also opened new perspective on the possibilities created by the synergy between art and business. New modes of consumption, which are focused on a experiential culture, can create a strong association with brands through sensory response.

It is the concept of experiential marketing, in which the brand interacts deeply with the emotional life of consumers. We move from the concept of sponsorship to the concept of collaboration, a collaboration which can bring advantages to both art and business, and that leads to the creation of an authentic and significant experience for the consumer.

Since the arts are recognized as carriers of meaning, the association with the artistic event is a way of obtaining the confidence of consumers and of involving them in different and creative ways.

The physical presence of the brand in this kind of context does not simply offer great visibility, but also the possibility of reaching an audience otherwise not easily approached, with which we can form an innovative, creative and positive relationship.

And I cannot think of a better stage than the Genoa Boat Show, the most important of its kind in Europe, an international event which reaches a world wide audience.