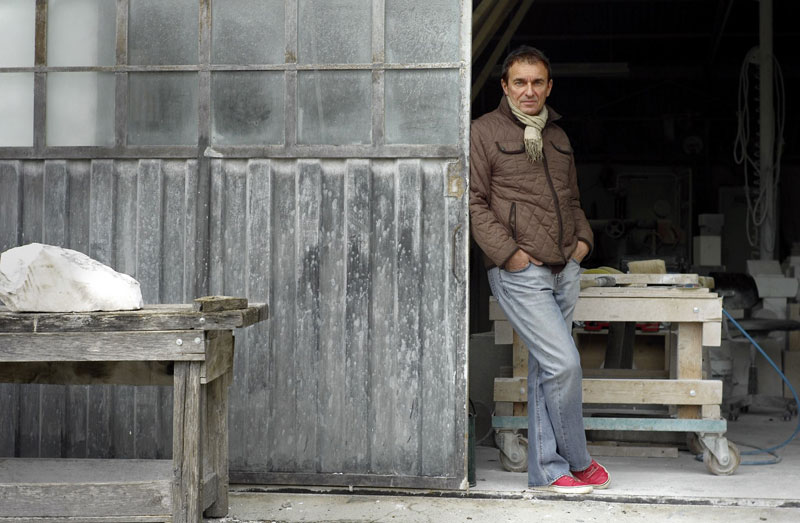 Valerio Tedeschi was born in 1958 in Verbania and lives and works in Mergozzo near Lake Maggiore. After attending the Art School of Novara, he moved to London in 1979 where he explored different creative aspects of his personality while continuing to pursue his passion as a jazz musician. He lived from 1982 to 1988 in Palermo and Syracuse, where he worked in the arts and with Demetrio Paparoni’s magazine, “Tema Celeste”. From 1988 he reached a turning point in his artistic pursuits and began concentrating on sculpture, learning in the various workshops in Carrara.

Over the years, he has acquired an important position in the complex history of contemporary Italian sculpture by virtue of his original ideas and exceptional technical and stylistic way in which he works with marble.