On February 2nd the World Wetlands Day is celebrated.

We too live in a wet area. Not because we live in the greenest valley in Italy, Valsesia, with its rainy climate. Our territory is rich in lakes and streams and also in rice fields. 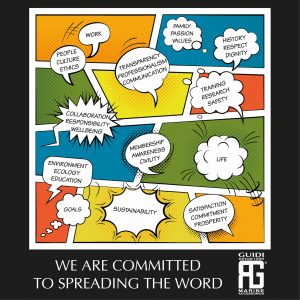 The World Wetlands Day was established to raise awareness and remind us of urgent need to protect these areas and their important role. Role not only important but fundamental for migratory species and for the economic activities that these areas support: fishing, tourism, agriculture.

The day was established in 1997 but the intergovernmental treaty on the conservation and management of these ecosystems was ratified on February 2nd, 1971 in Iran. The Ramsar Convention originated from a group of countries, scientific institutions and international organizations.

Italian wetlands of international importance include swamps and marshes, peatlands or basins, natural or artificial, permanent or temporary, with stagnant or flowing water, salt and fresh water, or brackish, including the expanses of sea water, whose depth, at low tide, does not exceed six metres and are protected under the Ramsar Convention, supporting the principles of sustainable development and biodiversity conservation. [Italian wetlands of the Ramsar list]

Even if not included in the Ramsar Convention List, the Piedmont Region wetlands have been surveyed and divided into two groups: natural and semi-natural areas, artificial areas.

Just to be clear, when we take a walk or take time to look around, among natural and semi-natural wetlands we have: springs, running waters, resurgences, rivers areas (oxbow-backwaters, floodplains, …), lakes, ponds and marshes, peat bogs, swamps, puddles, wet forests. Among artificial wetlands we have: man-made rivers, rice fields, artificial reservoirs, quarry lakes.

These ecosystems are still at a very high risk. In the last 50 years, in Europe, around 2/3 of the wetlands have disappeared. Those that remain are in danger because of climate change and pollution.

We get used to live in a place. Often, as accustomed to the territory, we lose the habit of understanding and maintaining its beauty, importance, value and fragility.

Our efforts to safeguard the natural heritage are indispensable. Suffice it to say that urban wetlands play a vital role in making safe, resilient and sustainable the cities (as enshrined in UN Sustainable Development Goal 11).

This year the World Wetlands Day is dedicated to the relationship with agriculture.

In the past this relationship has not always been easy because wetlands were seen as an obstacle to the agricultural use of the territory. Instead, these two realities can coexist, integrate, create a virtuous system. So the goal is to achieve a better agricultural development combined with the proper use and benefit of these areas so rich in biodiversity.

Let’s take this day to reflect and maybe to go out and observe our territory, the ducks, the herons, the multitude of species that decide to spend the winter here with us, the changes, the beauty…