…a Class40 with Andrea Fantini for the “nodoXnodo” project.

Competitiveness, friendship, research, sustainability: these are the main “ingredients” of this brand-new partnership that brought together Guidi Srl, an Italian manufacturer of nautical accessories, and Italian yachtsman Andrea Fantini. At its heart is a great love for sailing, especially ocean sailing, and the challenges it demands.

The shared values between the company and the yachtsman from Ferrara, Italy, has been realised in the “nodoXnodo” project. The idea was conceived last year during the lockdown and today it has finally reached the operational stage.

Preparation of the new Class40 which will carry the Guidi name for the entire project is close to completion in Brittany– France. Fantini will be skippering the boat and will be joined by another top-level yachtsman, from France, Charles Louis Mourruau.

The Guidi/Fantini partnership focuses on the importance and strength of bonds, an approach driven by Fantini, and is symbolised by the knot with the slogan “A human adventure”. This was immediately endorsed by Guidi as it is perfectly in line with the principles the company follows and applies in its daily activity.

From the racing side, this project will seeFantini and Mourruauparticipating in a series of regattas including the Les Sables/Horta/Les Sables, between France and the Azores Islands starting on June 27th, the Rolex Fastnet Race kicking off on August 8th from Cowes on the Isle of Wight with arrival in Cherbourg in France, after having rounded the lighthouse of the mythical Irish rock, and the transoceanic Transat Jacques Vabre on November 7th which runs on the historic “coffee route” between France and Martinique.

“These well-known, international events are of significant value and offer us the opportunity to gain valuable feedback on our products in real-life situations.Fantini’s experience in sailing, often gained in extreme conditions, will be used by Guidi in the research and development of its products (valves, strainers, etc.). His advice will be very valuable to the company, which is heavily investing in research inboth materials and technical solutions” comments Alessandro Guidi, R&D manager.

The build-up to the Class 40 regattas will be covered across Guidi’s social media channels and those of Fantini who has a huge following base.

Guidi also supports the race=care project from the solidarity sailing team set up to help those in need, including Doctors with Africa-CUAMM (University College of Aspiring Missionary Doctors) of Padova-Italy which serves in sub-Saharan African countries. Guidi Class40 will be seen across Europe and Central America. 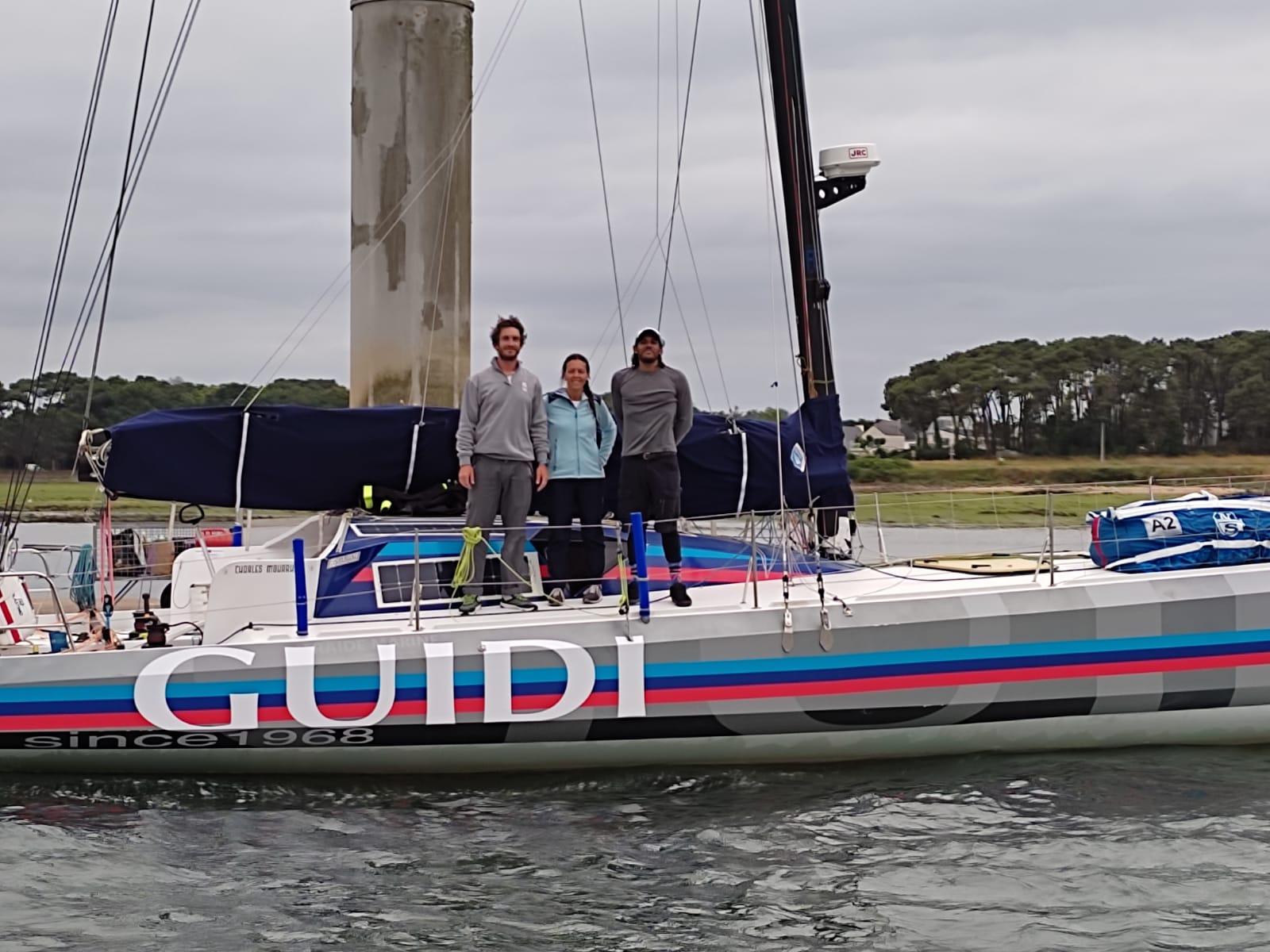 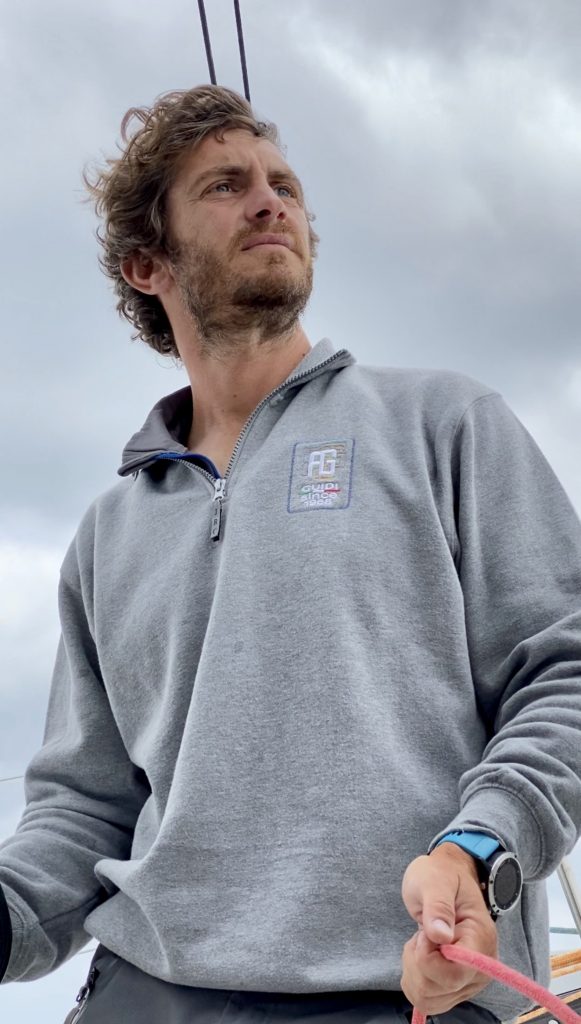 Born in Ferrara in 1982, Fantini discovered sailing at an early age on his family boat in the Adriatic. Over the years, he combined his passion for sailing with university studies achieving a degree in pharmacy.

However, the call from the sea was too strong and in 2006 Andrea made his first ocean crossing in the Atlantic Race for Cruisers. Since then, he became increasingly involved in sailing turning it into a career as a skipper,  especially in the world of offshore and ocean navigation.

From 2013 to 2015 he almost made twice the world’s tour on VOR70 Maserati with skipper Giovanni Soldini, including ocean races, records, and events for sponsors.

Why “nodoXnodo?” (in the Italian language “nodo per nodo”, means “knot by knot”)

The knot is a symbol that not only binds individuals together in friendship, family, and in a team, but also signifies collaboration, sharing, and acceptance.

The knot is also the measurement of speed in navigation, which allows us to understand how long it takes us to reach our destinations. It has never been so important to try to shorten distance again.

The square knot was chosen as the logo for this project, also known as the “friendship knot“: it is not used much in boating but is the most suitable for describing the concept of partnership on a visual and very immediate level.

In some cultures, knots are used to wish prosperity, long life and health, and wealth.

Fair winds to Andrea and Charles! 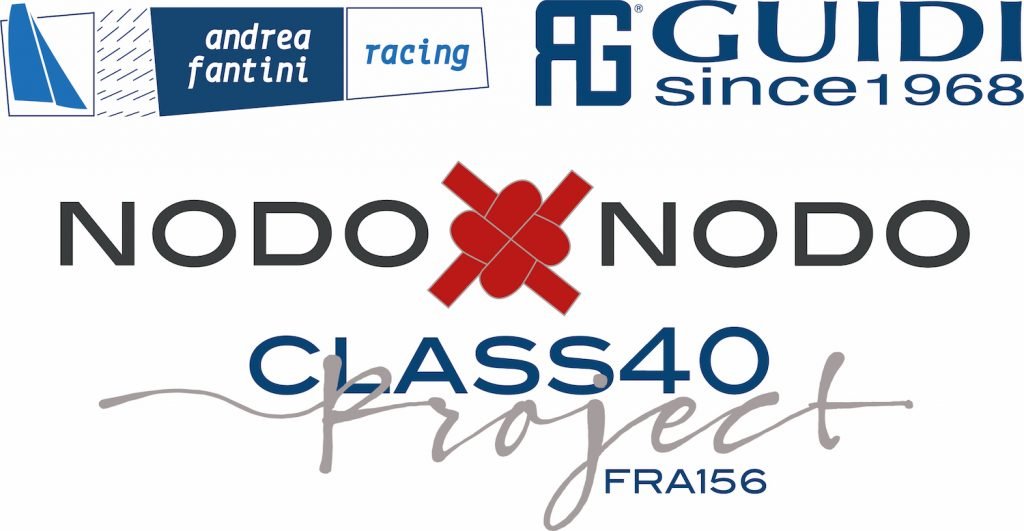